Help us Help the Homeless

It is the time of year again when the weather starts to turn cold and the nights are drawing in. Most of us go to a beautiful warm home with family and safety. We eat a hot meal and snuggle up with our loved ones watching TV before sleeping in a comfortable warm bed. We are busy celebrating Halloween, Bonfire night and enjoying the festivities in the build up to Christmas. I know a lot of people who take this for granted. However, if you take a walk in Birmingham City centre you won’t have to go far before you find someone crouched on the floor in a doorway suffering from homelessness. In fact, there are about 250,000 across the country.

I want to cover a few points.

We lack 2 things in Birmingham and the two must go together to solve the problem – permanent housing and appropriate support. You can not help a homeless person by providing one without the other. Hostels are not the answer – They do not provide stability, support or in some instances even safety. They provide a roof for a night or two, you need to be gone by 8:30am and cost about £2 – £5 a night. Most are run by volunteers who are not necessarily trained to offer useful support.

Last year, 78 homeless people were found dead in supermarket carparks, under bridges, along canals, in church grave yards and in overcrowded hostels. The majority died in sub-zero temperatures and froze to death, Fatal Illness / Infection or suicide. Note that these figures are only the ones that were noted / made the media and therefore likely to be an underestimate as no part of the UK government records homeless deaths and the local authorities are not required to count rough sleeper deaths either.

Whilst most of us are not in a position to offer homeless people the two things they need to recover – permeant housing or appropriate support, this is left in the hands of authorities such as Andy Street (West Midlands Mayor), David Jamieson (West Midlands Police and Crime Commissioner) and Birmingham City Council. Many charities are also offering help such as Streetlink, Crisis and Birmingham Homeless Support Team (BHST). Whilst we as a community can’t provide the solutions to tackle homelessness we can try to provide those in need with materialistic possessions which will help them stay warmer, dryer and more comfortable.

In the studio, behind the sofa there is donation box. We are collecting donations of the following items: Shoes, Socks, Scarfs, Hats, Gloves, Coats, Sleeping bags, Blankets, Ground Sheets, umbrellas, face wipes, toiletries and anything else you have in your closet that you haven’t worn in a decade which may provide more comfort to a homeless man, woman or child. As soon as this box is full I will be on my rounds distributing across the City again between the months of October to April.

Thank you in advance for your donations.

Send us a message and we'll get back to you in no time at all. 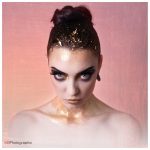